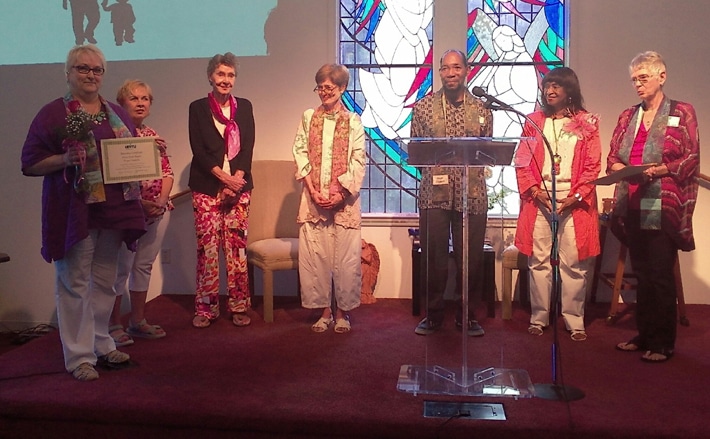 I was blessed to first attend Unity of Houston in 1978. I felt as though I had come home. Unity Principles and Core Values spoke to my heart. Knowing that Unity is where I am supposed to be, it became my spiritual path. My new spiritual home is Unity of Southeast Texas. I serve this ministry as Prayer Chaplain trainer/coordinator and Sunday Celebration greeter.

Being a Prayer Chaplain is one of the most fulfilling experiences of my life.  The practices of a Prayer chaplain are what makes it so gratifying:

How can this be anything but a truly rewarding experience?

Retired in Las Vegas, NV in 2010 after a 50+ year career in real estate/Nevada courts and moved to San Antonio to be closer to my son and and his family. Joined Unity of San Antonio and became a prayer chaplain. Moved to Orange, TX in late 2014 to again be with family. Found Unity of Southeast Texas in December of 2014. Knew I liked the people and that I again hoped I could be a prayer chaplain.

I went to Catholic school through the tenth grade, graduated from Beaumont High School in 1965, and finished my nursing program in 1997. I came to Unity in the late 1980s. When I walked into the church, a feeling came over me that I had come home. I have served in the Unity youth ministry. Unity has taught me a new way of life. My personal vision is to take part in a healed, peace-filled world, and to live in a consciousness of love.