Lynn Maurer holds a Ph.D. and M.A. in Political Science and a B.S. in Spanish. In Beaumont, she works in administration at Lamar University. Lynn has actively studied New Thought since 1995 and comes to Unity of Southeast Texas by way of the Center for Spiritual Living in St. Louis, MO. She and her husband, Mark Wyatt, are happy to have found Unity of Beaumont.


I joined Unity of Southeast Texas in 2011 and quickly was invited to be a board member. The experience has been one of joy and the commitment is rewarding. In May of 2012, our board president left to go away to school, and as a result, I became President of the Board.

We as board members are committed to do the work of the church business and are very honored to wok in this capacity. We laugh and bond, and we help each other. The Board is a very close group and everyone works so well together. Our main purpose is to support the church and manage the church business. We are committed to educating our community about the Unity Principles. The Board sets the Core Values and Purpose of our church and works to maintain the integrity of these vales. I plan to continue service to this church in whatever capacity I can.

Diane’s Personal Vision:
My personal intention is to discover and become totally aware of who I came be to be. I intend to live each day attuned to Spirit and follow unconditionally where I am led.

A native of Beaumont, TX, David holds a Bachelor of Music Education degree and a Master of Arts degree. He has worked for the South Park Independent School District, Texas Musical Instruments Company, Lamar University, the Beaumont Symphony/Symphony of Southeast Texas, Lake Charles Symphony, Alexandra Symphony and Lamar Civic Orchestra. He has been affiliated with Unity of Southeast Texas since 2005.

David’s Personal Vision:
I will let go of judgements until I learn to stop judging.
I will forgive until I realize there is nothing to forgive.
I will continue my Spiritual path until I remember who I am.

In 1974 I came to the United Stated from England. While here, I married an American serviceman and had two magnificent sons. I spent my career in banking for 40 years and retired in 2015. I was introduced to Unity by my wonderful friend, Diane. Although I am a newcomer to Unity of Southeast Texas, I am honored to be a member of the Board of Trustee and I am eager to learn and grow with the Unity family by attending classes and workshops offered.

Diane’s work experience includes office administration and sales associate for a kitchen and bath showroom. She is currently a buyer for HVAC supplies at Coburn’s Supply corporate office in Beaumont, TX, serving 35 distributor locations. Diane has been married to her husband Steve since 2007. She shares a step-daughter and step-granddaughter with Steve.

She grew up attending Catholic schools in Beaumont. She was a member of St. Anthony Catholic Church (Basilica) for many years. However, she found traditional religious dogma a less fulfilling way to attain a deeper spiritual experience.

Diane was invited to join Unity of Southeast Texas one year ago. Finding a New Thought church offers her a clearer path to expanding spiritual consciousness. Currently, she serves as a Prayer Chaplain, and was recently elected to the Board of Trustees of Unity of Southeast Texas. Being on the Board of Trustees is an opportunity to help grow the church, grow spiritually, and be of service to the community.

Diane is a member of the Meta Spiritual Society – East Texas and the Beaumont Historical Society. Her interests include Tai Chi, reading, art, and historical renovation. Animals are a big part of Diane’s life. She enjoys fostering cats and kittens through Beaumont Pet’s Alive.

Having been born and raised in southeast Texas, I am thrilled to be a part of the spiritual community at Unity of Southeast Texas. Although I have lived in nine different states, most of my life has been right here. After retiring from industry, I have volunteered in the neighborhood and other churches. On a more personal note, I am a widow with one son and two teen-aged granddaughters.

Rev. Joy Walker, minister at Unity of Southeast Texas, has been a Unity Truth Student for 31 years. She is a Licensed Unity Teacher and an ordained minister. She served as minister for Unity of Tulsa for 10 months, Unity of Shreveport for 10 years and Spiritual Leader for Unity of Longview, TX for five years.

Additionally, she provides sacred service to several ministry teams for Unity Worldwide Ministries and is on the Board of Trustees for Unity South Central Region as vice president and alternate regional representative.

Joy holds the title of Competent Toastmaster and has conducted numerous workshops and seminars, including one for the Association of Unity Churches People’s Convention. She was a New Thought delegate to the Parliament of World Regions in Melbourne, Australia in December 2009.

Joy has a Master’s of Science degree in Business and an MBA. She spent 26 years in higher education administration. Joy has three adult children and six grandchildren. 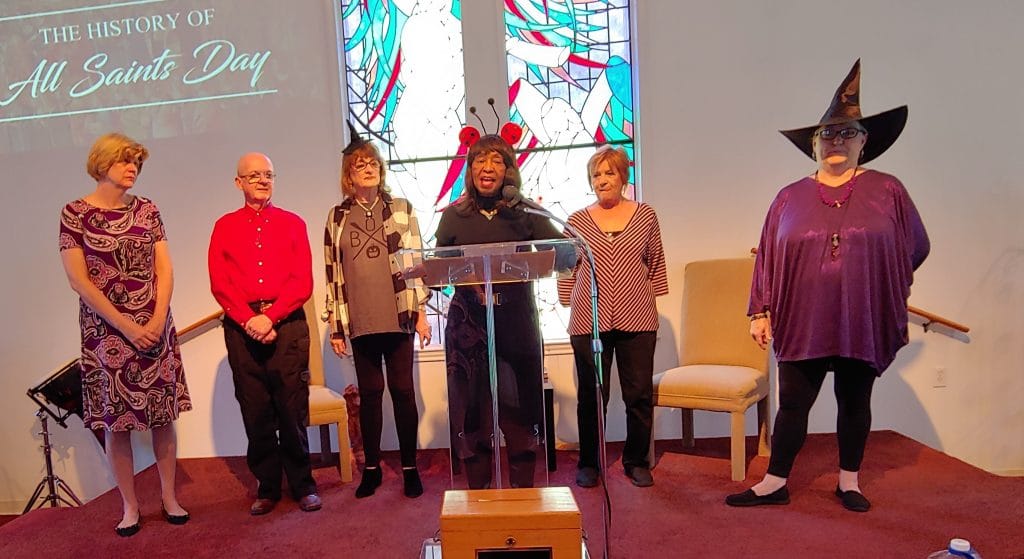